Heapy had outgrown their existing Headquarters building which was only 11 years old. They faced the dilemma of a $4+ million dollar addition onto their building which presented numerous challenges: 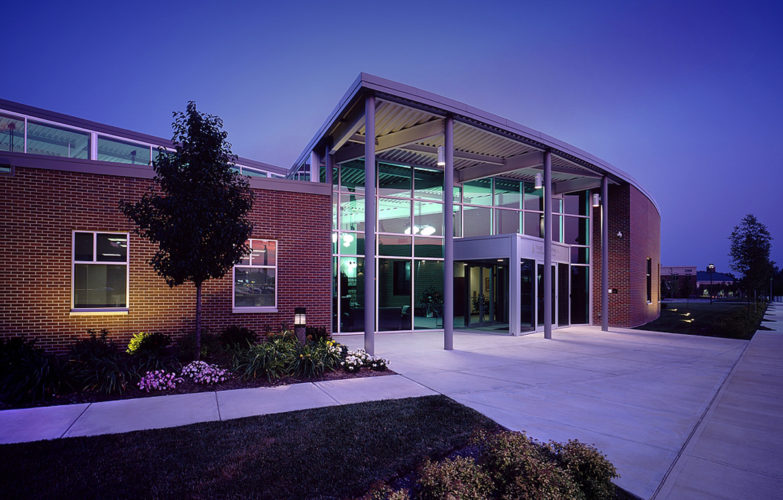 After discussing and understanding the challenges faced by the client, the Elements IV Interiors team began to evaluate space utilization in Heapy’s existing building and discussed the possibility that furniture utilization could be the solution to increase the number of employees into the building. We began the process by looking at idea starters for individual workstations that fit the need of the client in function and space requirements. Once we identified a typical workstation that fit their criteria, we took one team on a floor and designed the area using the new workstation layout. This exercise grew employee count from 16 to 26 people in the same space. We then designed one floor which showed a significant gain in employees and then designed the entire space which increased potential new employees to 100 new workstations. At this point the executive committee at Heapy decided that an addition to their existing building was off the table and the renovation of the space utilizing new furniture was their best plan of attack. Elements IV Interiors was contracted at that point to be the turnkey provider of the renovation which included:

The new and improved open office.

The 6 phase project was completed over a 6 month duration, one phase at a time, one floor at a time. The building was never closed during this timeframe and employees were relocated to temporary workstations until the completion of that phase. Each phase was turned over to Heapy’s IT department on a Thursday so that they could outfit the space with new technology and each employee could move in over the weekend and begin work in their new workstation on Monday, eliminating any down time.

The adopted solution of the new furniture vs. building was something that got the executive committee at Heapy to look at their business in a new manner and it was decided that increased employee count was needed in Kettering, but that growth would also come with field offices in Cleveland and Findlay thus delivering higher customer service to their clients in growing markets. The desire was to have each Heapy office standardized in look and feel so an employee could work out of any office and feel the Heapy culture. Each office was outfitted with new furniture and finishes that mirrored the Kettering facility.